Welcome to the WHAT THE TRUCK?!? newsletter presented by Old Dominion Freight Line. In this issue, spot rates running down that hill; diesel hits new highs; owner operator vs company driver; and more.

Running Down That Hill

Decline — Has anyone thought of asking the producers of ”Stranger Things” to mention the spot market in part 2 of season 4? It’s done wonders for Kate Bush.

Buyer beware — With recession fears, inflation and high fuel prices crushing consumer confidence, it’s hard to imagine the consumer will save us from the freight decline. Stimulus is often pointed to as fueling consumer spending during the pandemic, but I believe the impact retail trading has on retail sales can’t be understated.

Losing it all — Just as a historic number of drivers got their own authorities while the market was on easy mode, COVID fueled a massive influx of retail traders — many of whom, on both sides, lack discipline and are washing out. When you look in Robinhood and see you made $1,000 in an hour on Dogecoin, it’s a lot easier to click Buy It Now on Amazon. In fact, Morgan Stanley reports, “Retail traders have now lost all the money they gained during the pandemic.”

“Big parts of the economy run on diesel, from agriculture to manufacturing, and thus the surge in diesel prices is driving up prices broadly.” — Mark Zandi, chief economist at Moody’s to FT

Theft — With high fuel costs comes a rise in diesel thefts. Fox Business reports, “Two men are being sought in Florida after authorities say they stole nearly 1,100 gallons of diesel fuel from a gas station earlier this month.” Those thieves are on the lam with over $6,000 worth of dino juice. Meanwhile, Ali Khalil of Easy Truck Rental tells FOX40 that bandits have started targeting his trucks. According to Khalil, the crooks puncture his trucks’ tanks to drain the fuel. Now, not only is the tank empty, but he has to replace it. Over in Vegas, entrepreneuring thieves are filling up modified tankers and selling the fuel on the black market. Can’t forget this guy in South Carolina either.

Not nice — Those decimals will get you every time. ABC News reports, “John Szczecina, who served as the manager for a Shell gas station in Rancho Cordova, said he mistakenly placed the decimal in the wrong spot and that the price was supposed to be $6.99 a gallon.” The result? Sixty-nine-cent diesel. Now the station is out $16,000 and Szczecina is out of a job.

Partner up — I caught up with project44 founder and CEO Jett McCandless at FreightWaves’ Small Fleet & Owner-Operator Summit on Wednesday to talk about the role tech can play in helping small carriers survive a brutal summer.

“It’s going to be a pretty painful year for the small carriers out there. What I’d watch out for them is shippers want visibility … shippers are going to require that from carriers.” — project44’s Jett McCandless

Don’t be John Cena, let them see you — Visibility is table stakes now, and carriers who can’t provide it will be locked out from an ever increasing pool of shippers who demand it. Catch our full session from the event on demand here.

A solution for today — Chace Barber is sick of waiting on the Elon Musks of the world to electrify trucking and feels that anyone willing to address the needs of logging will take even longer. That’s why he founded Edison Motors, which is retooling old trucks with electric motors and diesel generators.

“New trucks are being designed for mega-carriers. What they like to do is buy a new truck. They keep it for four years and then they get rid of it as soon as the warranty ends. They don’t really plan on having these parts available. The parts on these trucks are designed to work for four or five years, and they are so expensive to maintain that you have to go buy a new one.” — Edison Motors’ Chace Barber

It ain’t just fuel — Trucks break down; it’s a fact of life. In their session at FreightWaves’ Small Fleet & Owner-Operator Summit, Barber shared how the challenge with electric trucks isn’t just limited to where to charge them … it’s also where to repair them. With parts for those types of trucks in limited supply, he’s going green by recycling old trucks that drivers know how to repair. Watch it on demand here.

Is now the right time to leave your company and become an owner-operator?

Truckers discuss — These days, a better question may be: Should I stop running as an OO and become a company guy. It’s a confusing time in the market, and with a record number of authorities issued over the past two years, many drivers are in this position. So, we sat down a couple truckers, Jamie Hagan and James “Rooster” Bowen, to let them hash out the good and bad of going company or running on your own.

“It’s not just about extra money. There are times where you make less money as the owner of the truck than you would have as a company driver — it’s just how things shuffle out. You are gambling — one day you’re up, the next you’re down — whereas a company driver, you know what you’re going to make every day.” — Jamie Hagen of Hell Bent Xpress

Rule 1 of being an OO — Manage your fuel economy. The quickest way to make diesel cost you even more is to run too fast and inefficiently. Hagan told Back The Truck Up’s Rooster, “The worst you can do is not track your fuel economy. If you don’t track that, you’ll never improve it. We’re still eking out a little bit of a profit even with the rates as low as they are, but that’s because we’re extremely fuel efficient.” Watch the session on demand here.

Realist mother truckers on the road — Friday on WTT we’re highlighting three amazing queens of the road. We’ll also go deep on reverse logistics and round up the good news and bad news of the week.

With special guests Ingrid Brown of Back The Truck Up; Desiree Wood of Real Women In Trucking; Sadaya Morris of Pink Transportation; and Frank Dreischarf, VP of supply chain solutions at R2 Logistics.

Surviving the summer as a small fleet 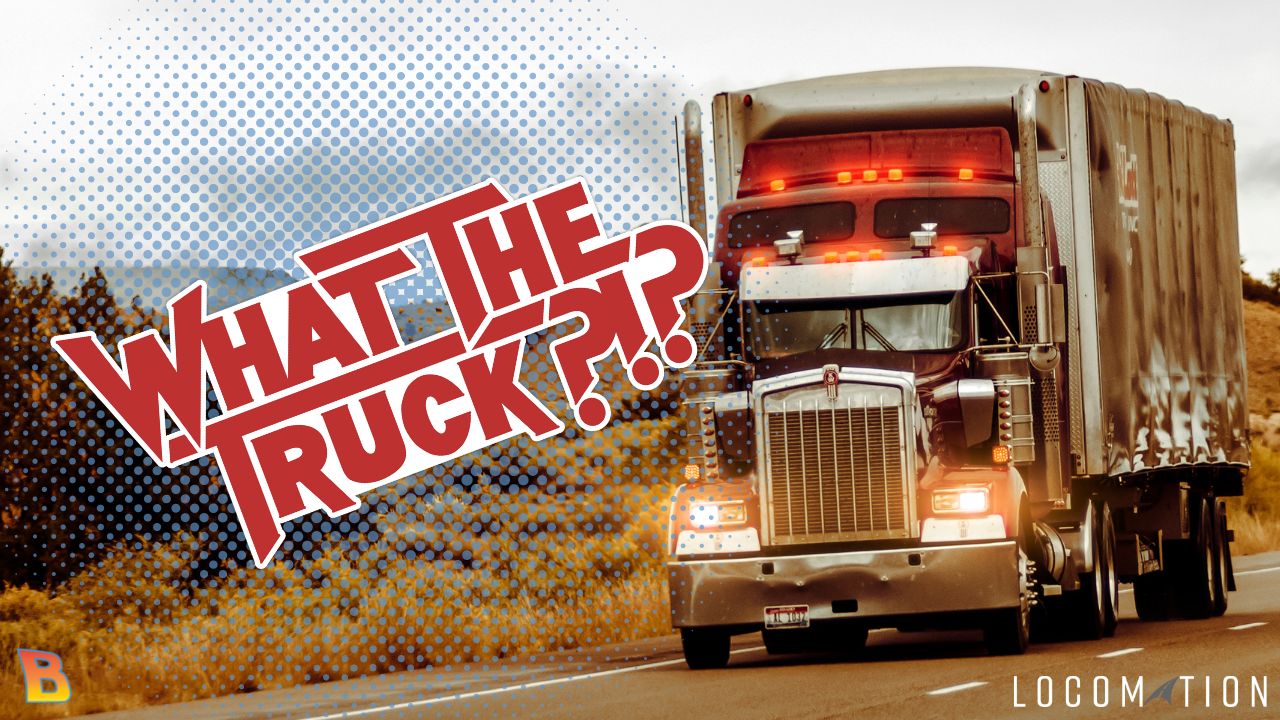 Want a new WHAT THE TRUCK?!? shirt or hat? Check out the swag store.

Teamsters striking against Sysco in Massachusetts